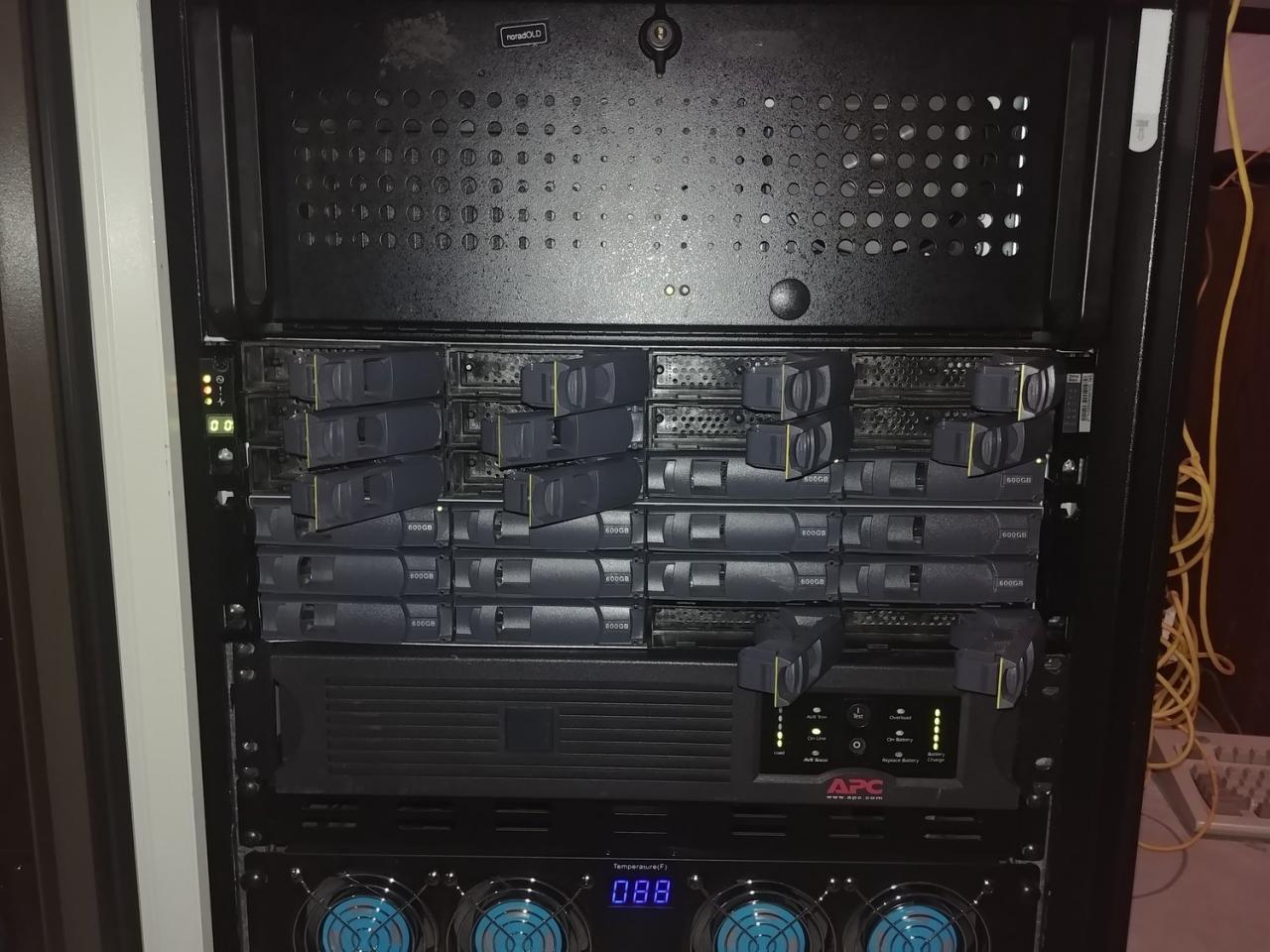 If you’ve ever been curious on how to convert a disk that is formatted for an unusual sector size (4k, 520, etc.) to 512 try this

So I have some disks I got from a friend, he got them off ebay and they didn’t work for him, he couldn’t get his RAID controller to format them at all. After doing some research I came to the conclusion he didn’t have the equipment needed to reformat them. I offered to buy them from him, since I thought I knew the issue and thought I could get them working. Looking at the SKU it seemed these came from a NetApp storage array which I have some experience with. I knew the sector size used by NetApp’s is 520. The extra 8 bits is used for integrity validation.

I do have a problem however; the only system I have that can connect to the disks (SAS 3.5 inch drives) is my SAN through an, ironically, NetApp shelf. My SAN is running FreeNAS, which is based on FreeBSD. Now I know linux and windows well enough but BSD outside of my SAN I have never worked with directly. I didn’t even know how to list the disks attached to the system when I started.

I started this project by removing all the disks I didn’t want to accidentally break.

It’s always good to verify your backups too.

Then through the webGUI I enabled SSH and jumped on to the box.

First thing I wanted to do was identify the drives I wanted to work on. This is where I learned my first command for FreeBSD.

Now I got 3 drives that were all the same make and model so it is pretty easy to identify them. da3, da4, & da5. So I know what drives I want to work on now to the WHAT. I verified my suspensions about the disk geometry using

But HOW to change it…

And I honestly had no idea where to start except for with google. I eventually found my way to THIS website. Someone trying to do the same thing I am. Which gave me the black magic command:

“The camcontrol utility can cause a loss of data and/or system crashes if used improperly. Even expert users are encouraged to exercise caution when using this command. Novice users should stay away from this utility.”

This sounds perfect. I mean if I trash the drives I haven’t lost anything so… What’s the worst that can happen? So I look for the cmd flag in the man page to see what it does.

Great not helpful. But “-v” is for verbose output of failed SCSI commands after more googling and man page reading I learned that “-c” sends SCSI CDB (command descriptor block) which according to wikipedia. “SCSI commands are sent in a command descriptor block (CDB), which consists of a one byte operation code (opcode) followed by five or more bytes containing command-specific parameters. Upon receiving and processing the CDB the device will return a status code byte and other information.”

More reading of the man page “cam_cdbparse” while I couldn’t identify the exact command being run I think it is something along the lines of output the disk sectors, (and other important information) the “-o” seems to take the output of the -c command and write it to the disk .

So now I am fairly confident that this won’t break anything so I run the full command for each one of my disks.

Then I have to format the drives using:

Each command was run in a separate window though I am sure I could have forked them to the background I didn’t want to take that chance. These commands are fairly straight forward. “format [device]” “-q” for quite and “-y” to answer yes to any questions. In retrospect I wish I had run it without the -q command so I could watch the status.

The man page specifies that the format command does not need to be used in most cases as it is a low level format, but is useful when changing sector sizes.

How to rename a ZFS Volume on FreeNas